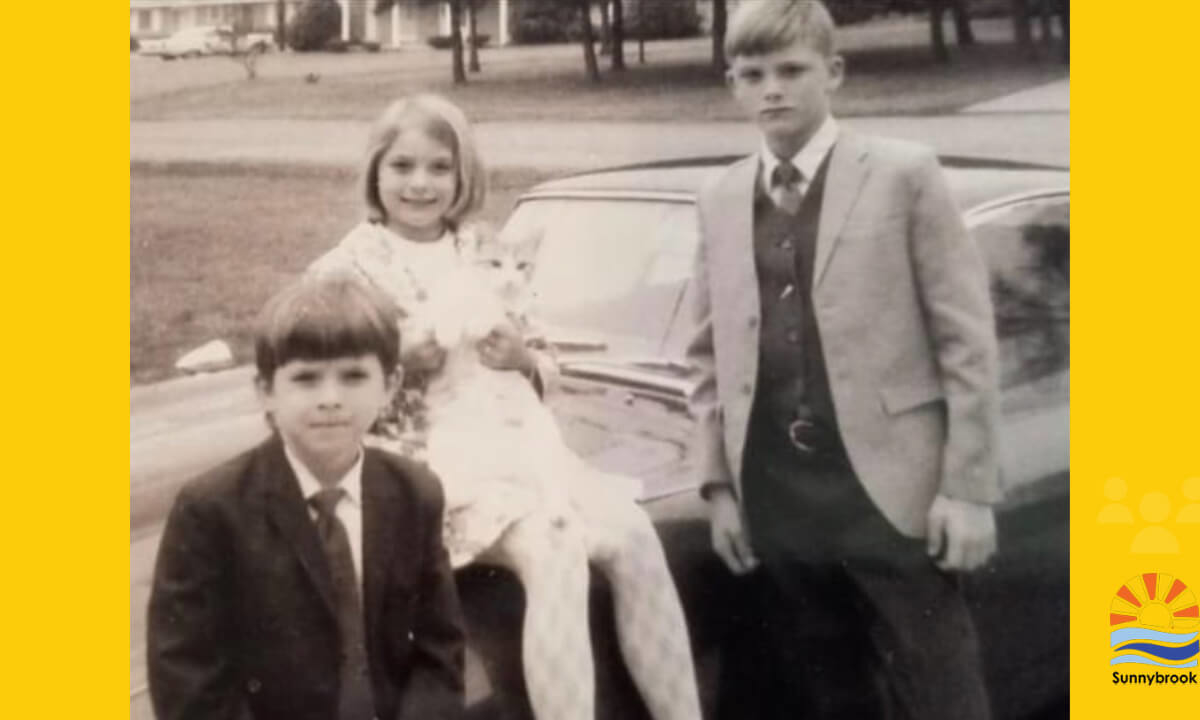 Learning the True Meaning of Family

Thinking back on it nearly six decades later, Harry Liggett can describe his home life in nine simple words that hold an ocean of meaning: “Things were not well and life was not good.”

At times, Liggett’s household included a mother, father and multiple brothers, but the dysfunctionality of his environment caused him to first experience foster care at the age of 6. Bouncing around between home, family and the Methodist Children’s Home in Jackson, Mississippi, Liggett didn’t experience real stability until he was 8 years old and was welcomed into the home of Ronald and Marianne Veazey.

“I was in first grade at the time and had never really had positive associations with family. I had a family, but not a loving or nurturing one,” Liggett recalled. “The day the Veazeys took me home was the first time I had experienced harmonious home life. They welcomed me into their family, showing me the importance of faith, family and love. They built a foundation where none had existed and instilled the values that shaped my life.”

Liggett would spend the next five and one-half years as a seamless member of the Veazey family, bonding with their children, especially Ron Jr., the Sunnybrook Director of Advancement. Even when Liggett was eventually reunited with his biological family, the bond with his foster family never ebbed.

“My father got custody of my brother and I when I was 13, and I moved in with them for a few years until  that situation became untenable. I finished high school living with my mother, but I always had the Veazeys as a lifeline,” Liggett said. “They loved me from a distance. When I needed to come back to them, which was on a regular basis, they welcomed me with open arms.

“We had a strong bond and relationship and I knew that the love was there. Other things are important to you, when you’re a high school boy, but they were always supportive and it was always a loving relationship that anchored me in times of instability.”

Liggett would frequently spend weekends, holidays and vacations with the Veazeys, and they were some of the first to meet his wife of 45 years when the two started dating. “My family has always been part of their family. Perhaps more importantly, I have used the lessons of their guidance to bring harmony to my household, extending that foundation to my children and grandchildren.”

A Passion for Sunnybrook’s Mission

Harry was one of the first people Ron Jr. told the good news to when he accepted the position as Director of Advancement for Sunnybrook. It was a labor of love for Veazey after a career in the private sector, and he had Liggett in his heart when he took the job.

“To tell you the truth, I was not really surprised that he took this role with Sunnybrook–I was humbled but not surprised,” Harry said with a smile. “We had talked about his desire to multiply his impact in the community. He had done plenty of fundraising for Sunnybrook and other foster support organizations in the past, but this is different. This is his calling, and it’s a blessing to the lives he can touch.

“I’m overwhelmed by the potential of what Ron can do with this role because I know what’s in his heart. He was raised in that same Christian environment that I was exposed to, and he’s doing God’s work through Sunnybrook.”

Sunnybrook is dedicated to helping every child and youth in Mississippi experience the advantages associated with growing up in a healthy Christian family environment. Liggett is living proof of its importance.

“Sunnybrook’s work to instill Christian values is of the utmost importance, and their time to shine is right now,” he said emphatically. “There’s too much going on in the world and children need a moral framework to become productive members of society. I can say with certainty that, without the Veazeys’ intervention in my life, I would be dead or in jail. I would’ve taken the wrong path, for sure.

“Sunnybrook is on a mission and is quite a large operation. When I was a youngster, I didn’t fully realize their impact. Part of that is by design, as their services feel very personal.”

Rather than becoming a statistic, Liggett has provided generational change for his family, worked a long and productive career, and supports Sunnybrook’s mission to give today’s foster youth a chance.

“Anything that you can do to better the lives of children is doing God’s work. It’s rewarding and the return on investment is more than you’ll ever know,” he concluded. “The investment of care and concern in me taught me to be an upright person, breaking the cycle of dependency. I’m lucky that I had a foundation, built by the Veazeys, that allowed me to be a contributing member of society.”

If you’d like to make a dollar for dollar tax credit donation to Sunnybrook or learn more about the programs and areas of need, please contact Ron Veazey today at rveazey@sunnybrookms.org or call him at 601-540-4253.