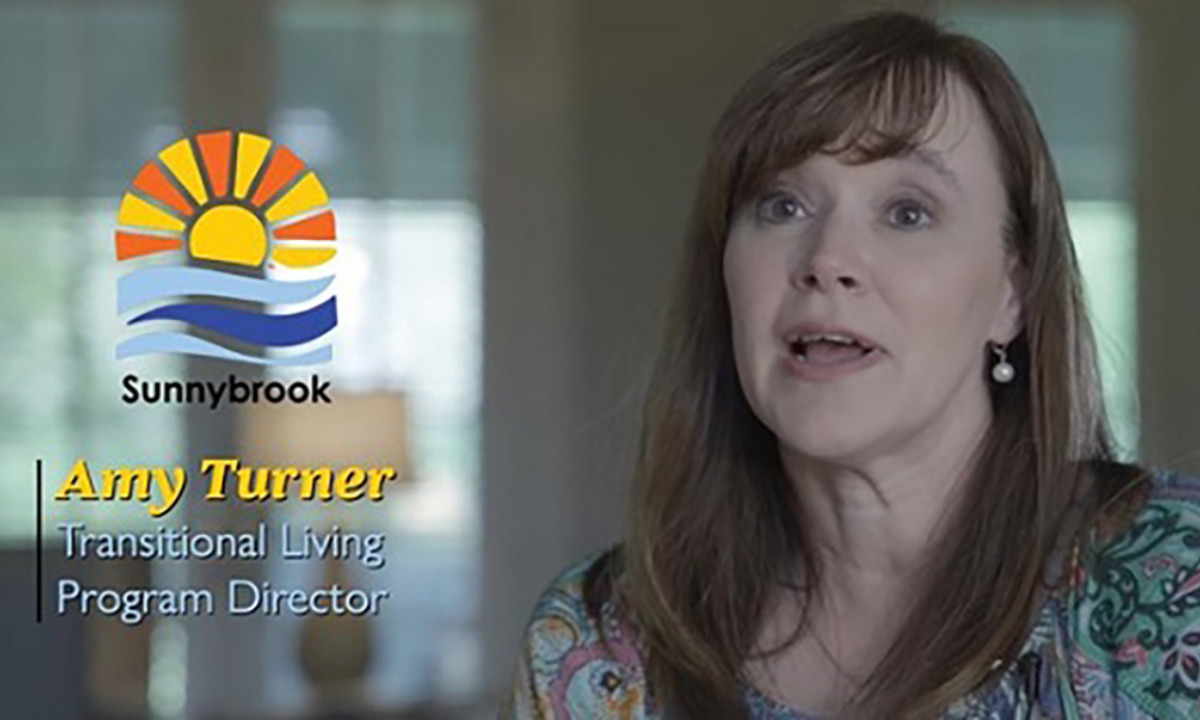 Focusing on an Underserved Community

For more than 50 years, Sunnybrook Children’s Home served as a guiding light for young children who were in Mississippi’s foster care system. In the late 2010s, Sunnybrook leadership shifted focus to older youth, creating a Transitional Living Program for late teens and young adults who were about to age out of the system.

‘Aging out of the system’ is a euphemism for the end of available services, and the start of what can be a very challenging life for foster care graduates. Consider these numbers:

“We want all these kids to be productive members of society. And that means being able to go out, have a job, pay rent or a mortgage–all the things that you would want your own kid to do,” Program Director Amy Turner said. “There is just such a gap in services for kids getting ready to age out of the system.

“There’s so much that goes into providing help and hope for these kids.”

Embracing the Challenge of Sunnybrook’s Mission

Turner recently celebrated eight months with Sunnybrook, part of the team that has joined since Sunnybrook transitioned services to older youth.

“I knew about Sunnybrook’s history as a children's home and became aware, about 18 months ago, that they were reaching out to this older population,” she explained. “Adolescent foster care is a very difficult population, and nobody else is really trying to tackle the issues they face. Like our mission statement says, we’re making a difference one life at a time.”

A trained social worker with 25 years of experience, specializing in trauma and mental health for children in foster care, Turner has enjoyed the challenge of hands-on care at Sunnybrook’s Ridgeland campus.

“Before, I was dealing with foster parents living in their own homes with their own schedules. One of the most difficult things I had in transitioning was adjusting to group home living,” Turner said. “Coming here, we have to schedule every hour of the day. Our offices are on-campus, the kids live here and they have crises in real-time that you have to address.

Sunnybrook seeks to instill a stable environment for youth who have never had one, during one of the most confusing times of their lives.

“It's just hard being a teenager, developmentally, figuring out social interactions. That’s really overwhelming and we try to recognize that,” Turner said. “On top of that, most of our residents have had several traumas. They're not able to live in a home with their family and have been removed. Many of our kids have experienced severe abuse and neglect. Some come here after a failed adoption, some from other states altogether. They’re put into a community living environment, going to a whole new school where they have no connections.

“When these kids walk through the door, they already feel like there are so many strikes against them. That’s our starting point.”

Sunnybrook is very intentional in its process, creating individualized growth plans for each resident, including expected behavior, actions, milestones and dates. For many residents, Sunnybrook provides the first structure, schedule and support they’ve ever received.

“We give them a safe space to work on themselves without having to stress over getting kicked out,” she said. “We let them be teenagers and know that they’re going to mess up sometimes. There will be consequences for problems, but it doesn’t mean they get kicked out or abused as they have in the past. We instill healthy relationships, and what will be expected from them in life.

“We’re here to help you move forward, and we have limited time to do that.”

Turner oversees Sunnybrook’s houseparents, who serve as the front line of ministry to residents. Houseparents live in a private wing of the group homes and provide a stable, Christian environment for residents to thrive.

The typical day for a houseparent includes:

In exchange for their critical supervision and guidance, houseparents are provided with on-campus housing and meals, salaries, benefits, and one week off per month for respite care.

“We’re constantly balancing coverage with our staff, so we don’t overwhelm everybody. It’s a lot to manage,” she said, referencing the medical appointments, job interviews, paperwork and scheduling that goes into each resident. “We don’t expect houseparents to work 24/7. They need a little break too.”

The key to success is a collaboration founded in faith, both for members of Sunnybrook’s staff and with the residents they serve.

“We are a program and not a placement. We don't want to be just a bed and food with no structure because that doesn’t change lives,” Turner said. “One area where we’ve made strides is in our assessment of individuals before they come here, asking: Are they the right fit? Are they going to be able to move through this program?”

Changing mindsets and breaking the cycle of generational dependency is hard work, but the ‘a-ha’ moments make it all worth it.

“The big things are what gets celebrated, like getting a job, degree or certification. But it's the daily wins that keep kids moving,” Turner said. “When one of our young people changes how they think or react to a situation, a little light bulb comes on. That’s huge.

“Those aren't always the things that get celebrated, but the key to success is normalizing healthy decisions. Our goal is to help change their mindset so those tiny victories stack up into a productive life.”

For kids who have experienced so much trauma, and face long odds of life success, ‘average’ would be a massive step forward.

“In the next few years, we expect Sunnybrook’s Transitional Living Program to get better and succeed at instilling normalcy for these kids who have never experienced normal,” Turner concluded. “A lot of the hard work in planning has already been done. It just needs time and support to be implemented to success.”

If you’d like to make a tax-free donation to Sunnybrook or learn more about the programs and areas of need, please contact Ron Veazey today at SunnybrookMS.org or call him at 601-540-4253.