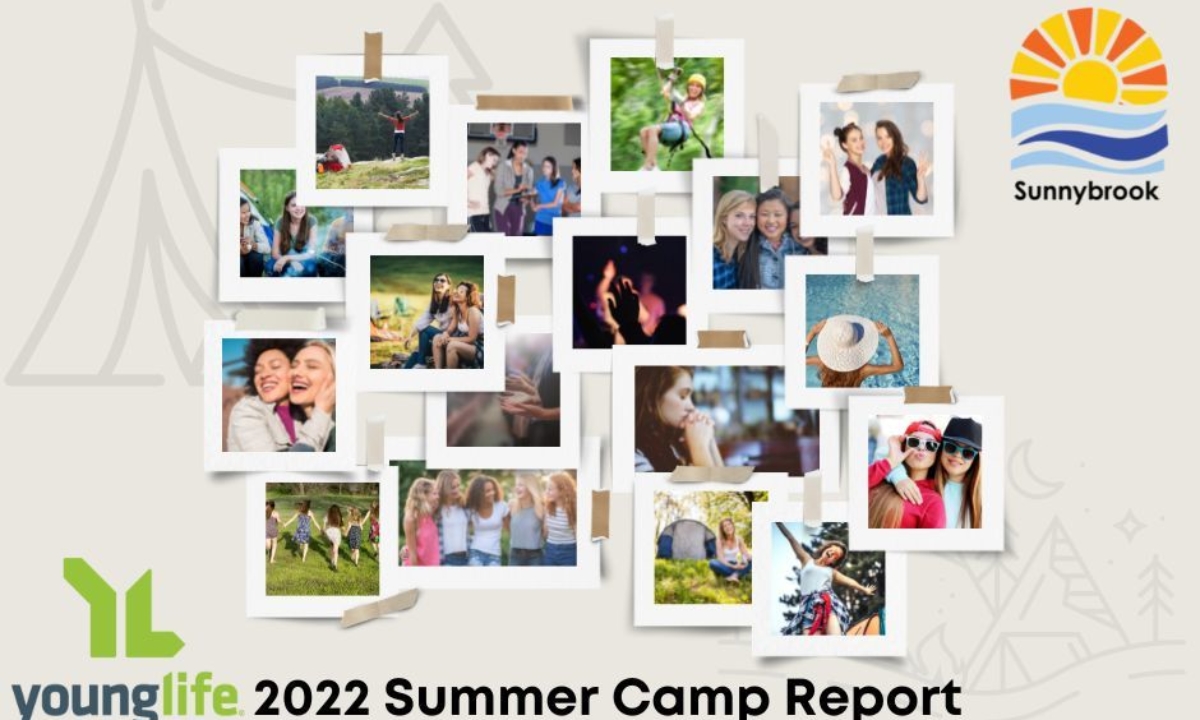 After months of planning, preparation and prayer, there was much to celebrate when Sunnybrook residents returned from their first Carolina Point Young Life camp experience.

Young Life provides a five-star camping experience, packed with summer fun, and a message rooted in Christ. Beyond the recreational activities, fun competitions and fellowship, the week proved to be eye-opening for vulnerability, healing and renewal.

The process started before the Sunnybrook delegation left the Ridgeland, Mississippi, campus.

"In preparation for camp, we studied the Bible verses from Luke 5, about the paralytic whose friends lowered him through the roof,” Director of Advancement Ron Veazey recalled. “Four friends took the paralyzed kid on a stretcher, put ropes on each corner, opened the roof, and lowered him down to Jesus's feet.”

The verse reads: “Jesus saw how much faith his friends had and he said to the paralytic man, ‘Your sins are forgiven, my friend.’”

Veazey explained that the paralytic man’s profound reliance on faithful friends was a model of the communities of faith we can build.

“Our girls have been profoundly shattered by the world, similar to the poor paralytic on the stretcher. Likewise, the only thing we can do is to be faithful, and deliver them to let God to do the rest,” he said. “That means taking them to church or an immersive camp experience - to hear the Word preached in a place where there are no distractions.”

That means no phones, which untethered the girls from their lives back home, to be totally present in the moment. It also meant a community of support from the Sunnybrook family.

“We had so many prayer warriors committed to praying in unison for these girls while at camp, and we know many of their hearts and minds were totally transformed that week," Veazey shared.

One of the six girls in attendance - let’s call her “Dana” to protect her identity - opened up emotionally for the first time. Since Dana arrived at Sunnybrook eight months ago, no one had seen her smile or give more than single-word answers. Through her troubling and tragic childhood, she had learned to protect herself at all costs, never letting people know what she thought or felt.

When Dana signed up for summer camp, expectations were low. Through the first two days of camp, she was noticeably frustrated and negative about being there. But by the third day, she started to show signs of warming.

Veazey said her transformation from “emotionally unavailable” to “present and engaged” was inspiring to watch.

“God worked in mysterious ways at camp” Veazey said with a smile.  “All of these girls have emotional issues, and some also have physical challenges that require medications. Dana met the camp physician on Day 1, and just completely bonded with his family over the course of the week.

“The doctor met Dana and a Sunnybrook leader at the pool one day, and they sat there for two-and-a-half hours, just talking about life. They were having a conversation where she was laughing, smiling, engaging - things that were out of character for her,” Veazey relayed. “I know she was having an emotional awakening.”

This had a ripple effect through the rest of Dana’s week, where she showed off her ping pong, foosball, and swimming skills, impressing the other girls who had never seen her participate due to some physical limitations.

Winning corn hole games and swooshing basketballs into a 10-foot hoop was a huge departure from the closed-off, shy girl who arrived at camp just days earlier. It was the right opportunity to finally let down her defenses and be herself.

It helped everyone when camp leaders and speakers shared how they were adopted, or had experience in the foster system. That gave Dana and the other girls a vision of what leadership through adversity looks like.

"It all came together,” Veazey said, “all the activities she could do, the fun she was having, and precious connections she made. Camp could prove to be that turning point in her life.”

Dana said about her camp experience: “I beat Mr. Ron in cornhole, flew on the zipline, swam in a pool, and made some great friends. Thank you for taking me.”

Because of the generosity of Sunnybrook’s donors, another delegation of teens will attend Carolina Point Young Life camp next summer. In the meantime, Veazey confirmed that plans are already in motion to build on Sunnybrook’s partnership with Young Life.

Young Life ONE is a new program targeting foster, homeless, incarcerated, and trafficked youth, to meet their physical and spiritual needs. The mission is to introduce Jesus to at-risk populations and break the cycle of dependency, homelessness, incarceration, and trafficking among adults.

This school year, leadership is committed to fostering spiritual growth by forming Sunnybrook’s Young Life ONE club with the goal of facilitating fun activities, relationship building, and meaningful conversations.

Additionally, leadership has a goal for some of the older and more mature Sunnybrook residents to attend a four-day camp called Young Life Capernaum. This camp serves teens and young adults with intellectual and developmental disabilities. Sunnybrook residents will be paired with campers, assisting them with ziplining, swimming, and other camp activities.

"All these kids have known is the basic human need to survive, and they've just been survivors - so it's always about them,” he said. “There’s a lot of perspective to be gained from serving peers with profound intellectual and developmental disabilities. Taking them out of their routines for a few days serves as a reminder that although life was bad before Sunnybrook, they are still blessed.”

Through this multi-faceted partnership with Young Life, Sunnybrook residents can grow in their faith, walk alongside others who are different, and give more of themselves than they’ve ever dared to give.

To support Sunnybrook’s ministry in action, please consider giving a donation through this link, or by contacting Ron Veazey at 601-540-4253. 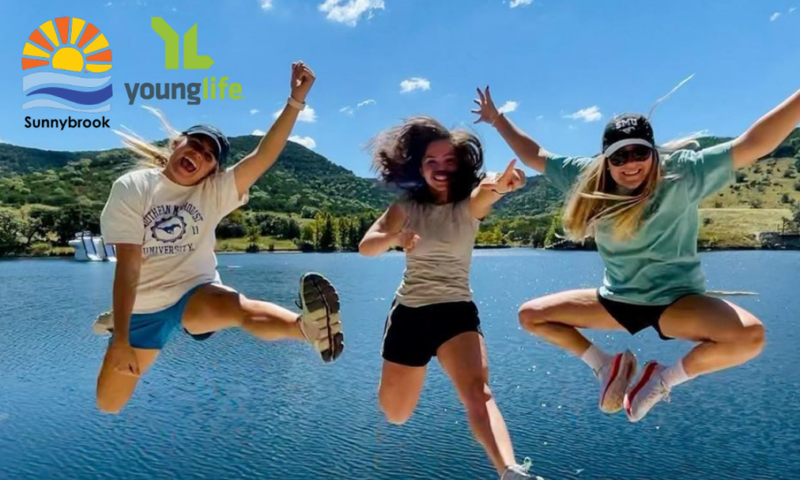 Five young ladies from Sunnybrook will have a faith-based camp experience t... 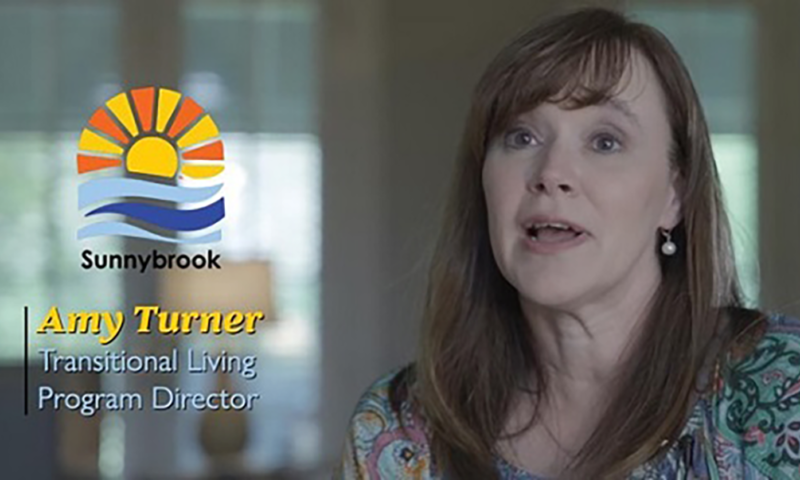 Sunnybrook Residents and Transitional Living Services Come of Age Together

After decades in childcare, the staff at Sunnybrook makes daily adjustments... 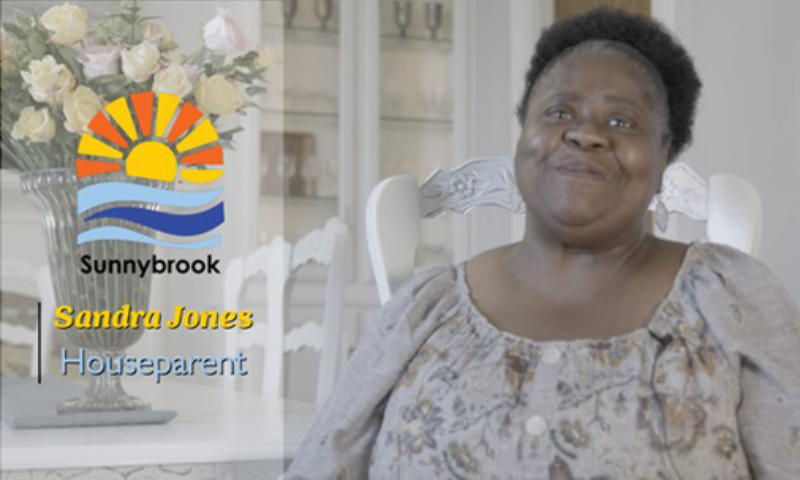 Sunnybrook Houseparents: Hospitality at the Front Lines of Faith

Sunnybrook houseparents serve an essential role in our ministry, building a...